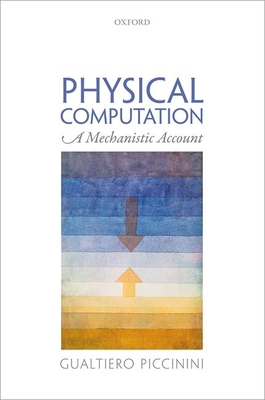 Gualtiero Piccinini articulates and defends a mechanistic account of concrete, or physical, computation. A physical system is a computing system just in case it is a mechanism one of whose functions is to manipulate vehicles based solely on differences between different portions of the
vehicles according to a rule defined over the vehicles. Physical Computation discusses previous accounts of computation and argues that the mechanistic account is better. Many kinds of computation are explicated, such as digital vs. analog, serial vs. parallel, neural network computation,
program-controlled computation, and more. Piccinini argues that computation does not entail representation or information processing although information processing entails computation. Pancomputationalism, according to which every physical system is computational, is rejected. A modest version of
the physical Church-Turing thesis, according to which any function that is physically computable is computable by Turing machines, is defended.

Gualtiero Piccinini is Professor of Philosophy at the University of Missouri, St. Louis. Shortly after his appointment to the position in 2005, he founded Brains, which later became a group blog in the philosophy of mind and related sciences. He received early tenure and promotion in 2010 and earlypromotion to full professor in 2014. Between 2001 and 2014 he was department chair. In 2014, he received the Herbert A. Simon Award from the International Association for Computing and Philosophy for his research in the philosophy of computation.
Loading...
or support indie stores by buying on
(This book is on backorder)