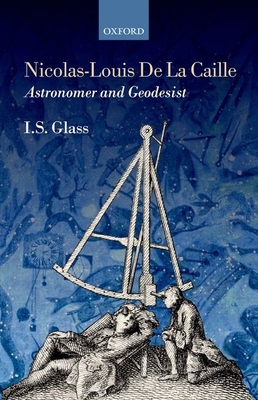 La Caille was one of the observational astronomers and geodesists who followed Newton in developing ideas about celestial mechanics and the shape of the earth. He provided data to the great 18th-century mathematicians involved in understanding the complex gravitational effects that the heavenly bodies have on one another. Observing from the Cape of Good Hope, he made the first ever telescopic sky survey and gave many of the southern constellations their present-day names. He measured the paths of the planets and determined their distances by trigonometry. In addition, he made a controversial measurement of the radius of the earth that seemed to prove it was pear-shaped. On a practical level, La Caille developed the method of Lunars' for determining longitudes at sea. He mapped the Cape. As an influential teacher he propagated Newton's theory of universal gravitation at a time when it was only beginning to be accepted on the European continent. This book gives the most comprehensive overview so far available of La Caille's life and work, showing how he interacted with his often difficult colleagues. It places special emphasis on his life at, and his observations and comments on, the Cape of Good Hope, where he spent the years 1751-53.

Ian Glass is an Astronomer at the South African Astronomical Observatory, and Adjunct Professor at James Cook University. His previous books include Revolutionaries of the Cosmos: The Astrophysicists, Victorian Telescope Makers: The Lives and Letters of Thomas and Howard Grubb, and Proxima: The Nearest Star (Other than the Sun).
or
Not Currently Available for Direct Purchase
Copyright © 2020 American Booksellers Association