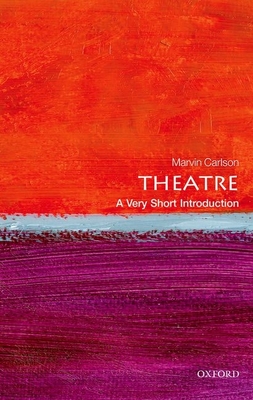 From before history was recorded to the present day, theatre has been a major artistic form around the world. From puppetry to mimes and street theatre, this complex art has utilized all other art forms such as dance, literature, music, painting, sculpture, and architecture. Every aspect of human activity and human culture can be, and has been, incorporated into the creation of theatre. In this Very Short Introduction Marvin Carlson takes us through Ancient Greece and Rome, to Medieval Japan and Europe, to America and beyond, and looks at how the various forms of theatre have been interpreted and enjoyed. Exploring the role that theatre artists play -- from the actor and director to the designer and puppet-master, as well as the audience -- this is an engaging exploration of what theatre has meant, and still means, to people of all ages at all times. ABOUT THE SERIES: The Very Short Introductions series from Oxford University Press contains hundreds of titles in almost every subject area. These pocket-sized books are the perfect way to get ahead in a new subject quickly. Our expert authors combine facts, analysis, perspective, new ideas, and enthusiasm to make interesting and challenging topics highly readable.

Marvin Carlson is the Sidney E. Cohn Professor of Theatre and Comparative Literature at the Graduate Center of the City University of New York. He received his Ph.D. at Cornell University and served on the faculties of Cornell and Indiana before coming to CUNY. He has received an honorary doctorate from the University of Athens, the ATHE Career Achievement Award, the ASTR Distinguished Scholarship Award, the George Jean Nathan Award for Dramatic Criticism, and the Calloway Prize for writing in theatre and drama. He has served as a judge for the Cairo Festival of Experimental Theatre and the Onaissis Playwriting Awards. He is the founding editor of the journal Western European Stages and the author of over two hundred scholarly articles and fourteen books in the areas of theatre history, theatre theory, dramatic literature, and performance studies.
Loading...
or support indie stores by buying on