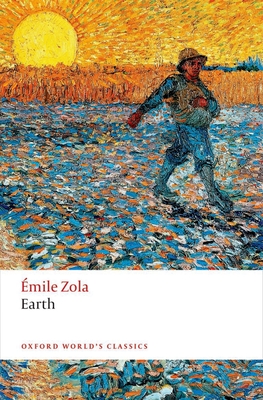 'Only the earth is immortal...the earth we love enough to commit murder for her.' Zola's novel of peasant life, the fifteenth in the Rougon-Macquart series, is generally regarded as one of his finest achievements, comparable to Germinal and L'Assommoir. Set in a village in the Beauce, in northern France, it depicts the harshness of the peasants' world and their visceral attachment to the land. Jean Macquart, a veteran of the battle of Solferino and now an itinerant farm labourer, is drawn into the affairs of the Fouan family when he starts courting young Fran oise. He becomes involved in a bitter dispute over the property of Papa Fouan when the old man divides his land between his three children. Resentment turns to greed and violence in a Darwinian battle for supremacy. Zola's unflinching depiction of the savagery of peasant life shocked his readers, and led to attacks on Naturalism's literary agenda. This new translation captures the novel's blend of brutality and lyricism in its evocation of the inexorable cycle of the natural world. ABOUT THE SERIES: For over 100 years Oxford World's Classics has made available the widest range of literature from around the globe. Each affordable volume reflects Oxford's commitment to scholarship, providing the most accurate text plus a wealth of other valuable features, including expert introductions by leading authorities, helpful notes to clarify the text, up-to-date bibliographies for further study, and much more.

Brian Nelson has been editor of the Australian Journal of French Studies since 2002. He is well known for his critical studies and translations of the novels of Emile Zola. These include The Cambridge Companion to Zola, Zola and the Bourgeoisie, and translations for Oxford World's Classics of The Fortune of the Rougons, The Belly of Paris, The Kill, Pot Luck, and The Ladies' Paradise. His most recent publication is The Cambridge Introduction to French Literature (CUP, 2015). Julie Rose is an internationally renowned translator, whose many translations range from Victor Hugo's Les Mis'erables, Racine's Ph'edre and Andr'e Gortz's Letter to D to a dozen works by celebrated urbanist-architect and theorist Paul Virilio, and other leading French thinkers.
Loading...
or support indie stores by buying on