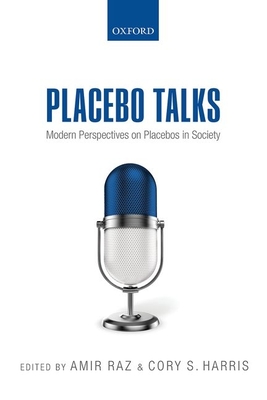 Modern Perspectives on Placebos in Society

Why do red placebos stimulate whereas blue placebos calm? Why do more placebos work better than few? And why do more expensive placebos work better than cheaper ones? These are some of the key questions that often come to mind when we consider the slippery and counterintuitive field of placebo science. Rather than consider placebos through the narrow narrative of "sugar pills" in clinical trials, this book provides various perspectives on how psychosocial parameters - such as interpersonal rapport, historical and contemporary context, corporate memory, expectation, empathy, hope, conditioning, symbolic thinking, and suggestion - play a role in forming placebo responses and placebo effects. The book provides modern perspectives on placebos in society, including in education, government, industry, media, and current culture. . The editors use three different themes to elucidate and elaborate current conceptualizations of placebos and their accoutrements: the Practitioner lens, the Cultural lens, and the lens of placebo science, itself. These accounts, by some of the best scholars in the field, make for a cogent triangulation of the qualities and virtues of placebos across a wide range of disciplines relevant to human behavior. Placebo Talks invites readers to discover how placebos may speak to their own experiences across health, society, sustenance, and related aspects of contemporary life.

Amir Raz, Canada Research Chair, Faculty of Medicine, McGill University, Canada, Cory Harris, Assistant Professor, Department of Biology, University of Ottawa, Canada Professor Raz earned his Ph.D. in Brain Science from the Interdisciplinary Center for Computational Neuroscience at the Hebrew University of Jerusalem under the supervision of the late Professor Shlomo Bentin. He then went on to a post-doctoral fellowship with Professor Michael Posner at the Weill Medical College of Cornell University, where he took on a faculty position thereafter. He then joined the faculty at Columbia University in the City of New York and later became the Canada Research Chair at McGill University in Montreal, Canada. Cory Harris became interested in placebo effects while studying traditional medicines in collaboration with First Nations Elders and Healers in Quebec, Canada. While their research on herbal medicine revealed a wealth of pharmacological activity, the therapeutic value of traditional healing extended far beyond bioactive molecules. Cory earned his Ph.D. in Biology and Biochemistry before completing post-doctoral fellowships at McGill University's Centre for Indigenous Peoples Nutrition and the Lady Davis Institute for Medical Research in Montreal. In 2013, Cory joined the Department of Biology at the University of Ottawa, where his research continues to explore Indigenous and alternative medicine using an interdisciplinary lens.
Loading...
or support indie stores by buying on