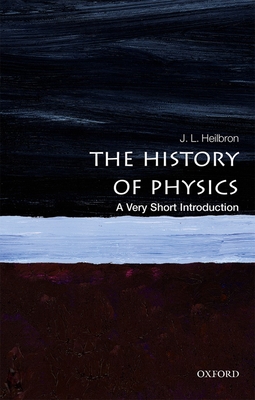 The History of Physics (Paperback)

How does the physics we know today - a highly professionalized enterprise, inextricably linked to government and industry - link back to its origins as a liberal art in Ancient Greece? What is the path that leads from the old philosophy of nature and its concern with humankind's place in the universe to modern massive international projects that hunt down fundamental particles and industrial laboratories that manufacture marvels? This Very Short Introduction introduces us to Islamic astronomers and mathematicians calculating the size of the earth while their caliphs conquered much of it; to medieval scholar-theologians investigating light; to Galileo, Copernicus, Kepler, and Newton, measuring, and trying to explain, the universe. We visit the "House of Wisdom" in 9th-century Baghdad; Europe's first universities; the courts of the Renaissance; the Scientific Revolution and the academies of the 18th century; and the increasingly specialized world of 20th and 21st century science. Highlighting the shifting relationship between physics, philosophy, mathematics, and technology - and the implications for humankind's self-understanding - Heilbron explores the changing place and purpose of physics in the cultures and societies that have nurtured it over the centuries. ABOUT THE SERIES: The Very Short Introductions series from Oxford University Press contains hundreds of titles in almost every subject area. These pocket-sized books are the perfect way to get ahead in a new subject quickly. Our expert authors combine facts, analysis, perspective, new ideas, and enthusiasm to make interesting and challenging topics highly readable.

John Heilbron was educated at the University of California, Berkeley, in physics and history and began teaching at the University of Pennsylvania in 1964. He returned to Berkeley in 1967, where he rose to become professor of history and vice chancellor. After retiring in 1994 Heilbron taught sporadically at Caltech and Yale, and lived mostly around Oxford, where he has been Senior research Fellow at Worcester College and the Oxford Museum for History of Science. He has written several books for Oxford University Press, including Galileo (2010) and Love, Literature, and the Quantum Atom: Niels Bohr's 1913 Trilogy Revisited (2013), with Finn Aaserud.
or support indie stores by buying on
Copyright © 2020 American Booksellers Association