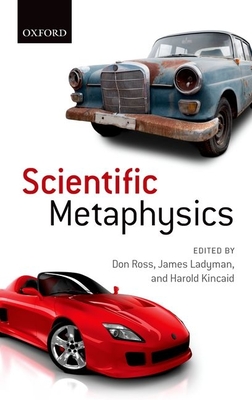 Scientific Metaphysics collects original essays by some of the world's leading philosophers of science on the question of whether metaphysics can and should be naturalized--that is, conducted as a part of natural science. Some people will think that the idea of naturalized metaphysics is a contradiction in terms, on the grounds that metaphysics is by definition about matters that transcend the domain of empirical inquiry. Most of the authors here disagree, and hold that if metaphysics is to hold out any prospect of identifying objective truths, it must be continuous with and inspired by science. Many go further, and argue that it should be conducted in such a way as to be of some positive use to science. But beyond this each contributor differs with one another on numerous points of detail and emphasis. The essays presented here offer various points of view on the relationship between naturalized metaphysics, more traditional forms of metaphysics, and the wider history of philosophy. The discussions are rich in examples drawn from across the sciences: physics, biology, economics, psychology and others. Several chapters explore new ideas about the complex relationships between metaphysics, physics, and mathematics. At stake, in the end, is the question of whether metaphysics should give way to science and disappear from contemporary inquiry, or continue as an activity that unifies the particular sciences into a single naturalistic worldview.

Don Ross is Professor of Economics and Dean of Commerce at the University of Cape Town, and Research Fellow in the Center for the Economic Analysis of Risk at Georgia State University. He holds a PhD in Philosophy. His current research areas are economic methodology, the experimental economics of impulsive consumption (e.g. addiction), strategic aspects of the evolution of human sociality, the promotion of scientism in philosophy and elsewhere, and relationships between risk and development in Africa. He is the author or editor of 14 books and numerous journal articles and book chapters. James Ladyman is Professor of Philosophy at the University of Bristol. He studied pure mathematics and philosophy at the University of York, and then took a Masters in history and philosophy of science and mathematics at King's College London. He completed his PhD, on the semantic approach to scientific theories and structural realism, under the supervision of Steven French at the University of Leeds in 1997. He has been assistant, deputy and co-editor of the British Journal for the Philosophy of Science and honorary secretary of the British Society for the Philosophy of Science. Harold Kincaid is Professor in the School of Economics at the University of Cape Town. He has published multiple papers on reductionism, scientific realism, inference to the best explanation, scientific realism, and causation. Among his books are Philosophical Foundations of the Social Sciences: Analyzing Controversies in Social Research (Cambridge 1996) and Individualism and the Unity of Science (Rowman and Littlefield 1997), and the coedited volumes The Oxford Handbook of the Philosophy of Economics (2009), What is Addiction? (MIT 2010), The Oxford Handbook of the Philosophy of Social Science (2012), and the forthcoming Mental Kinds and Natural Kinds (MIT).
Loading...
or
Not Currently Available for Direct Purchase