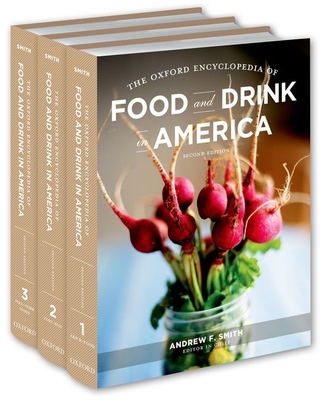 The Oxford Encyclopedia of Food and Drink in America

The second edition of The Oxford Encyclopedia of Food and Drink in America thoroughly updates the original, award-winning title, while capturing the shifting American perspective on food and ensuring that this title is the most authoritative, current reference work on American cuisine. In over 1,400 entries, this new edition of The Oxford Encyclopedia of Food and Drink in America reflects the many changes in American food consciousness during the twenty-first century. Once a niche market, food television has become ubiquitous, as are websites devoted to all sorts of regional cuisines. New health consciousness has spawned obesity taxes, transfat and calorie-count laws, the slow food movement, and locavorism. Ethnic foods and the fusion of these have led to new crazes for such cuisines as Southwestern sushi and Filipino hamburgers. These timely trends and topics have been newly incorporated into the new edition of The Encyclopedia, adding one volume and over 300 new entries on these and other subjects such as food science and nutrition, molecular gastronomy, genetically-modified foods, food controversies, regional foods, the volatile nature of food prices, and food traditions of major American cities. Entries from The Oxford Companion to American Food and Drink have also been added, as have a substantial number of biographies of culinary personalities. All bibliographies and non-historical entries have been revisited for updating.

Andrew F. Smith teaches culinary history and professional food writing at The New School University in Manhattan. He serves as a consultant to several food television productions (airing on the History Channel and the Food Network), and is the General Editor for the University of Illinois Press' Food Series. He has written several books on food, including The Tomato in America, Pure Ketchup, and Popped Culture: A Social History of Popcorn in America.
Loading...
or
Not Currently Available for Direct Purchase