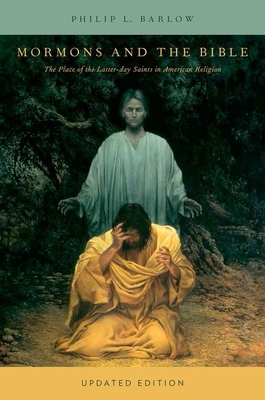 Mormons and the Bible

Philip L. Barlow offers an in-depth analysis of the approaches taken to the Bible by major Mormon leaders, from its beginnings to the present. He shows that Mormon attitudes toward the Bible comprise an extraordinary mix of conservative, liberal, and radical ingredients: an almost fundamentalist adherence to the King James Version co-exists with belief in the possibility of new revelation and surprising ideas about the limits of human language. Barlow's exploration takes important steps toward unraveling the mystery of this quintessential American religious phenomenon. This updated edition of Mormons and the Bible includes an extended bibliography and a new preface, casting Joseph Smith's mission into a new frame and treating evolutions in Mormonism's biblical usage in recent decades.

Philip L. Barlow is Arrington Chair of Mormon History and Culture at Utah State University. His books include The Oxford Handbook to Mormonism (co-edited with Terryl Givens, forthcoming, 2013), The New Historical Atlas of Religion in America (OUP 2000, co-authored with Edwin Scott Gaustad) and, as co-editor with Mark Silk, Religion and Public Life in the Midwest: America's Common Denominator? (2004). He is past president of the Mormon History Association.
Loading...
or support indie stores by buying on