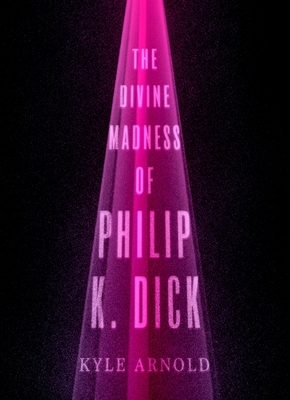 Widely recognized as one of the most imaginative writers of the 20th century, Philip K. Dick helped to shape science fiction into the popular genre it is today. His stories, renowned for their sophisticated philosophical themes and startling portrayals of simulated realities, inspired numerous television and film adaptations, including the 1982 cult classic Blade Runner.

Dick's personal life took on an otherwordly quality when, in 1974, he famously had a series of bizarre visions. According to Dick, a pink light beamed psychic information into his brain, awakening memories of a past life as an ancient Christian revolutionary and granting him contact with time-traveling extraterrestrials. He witnessed scenes from ancient Rome superimposed over his California neighborhood, and warned local police he was a dangerous machine programmed to self-destruct. After the visions faded, Philip K. Dick spent the rest of his life trying to fathom the meaning of what he called his "divine madness." Was it schizophrenia? Or a genuine religious experience?

In The Divine Madness of Philip K. Dick, clinical psychologist Kyle Arnold probes the fascinating mystery of Dick's heart and mind, and shows readers how early traumas opened Dick to profound spiritual experiences while also predisposing him toward drug dependency and violence. Disputing the myth that Dick had schizophrenia, Arnold contends that Dick's well-known paranoia was caused by his addiction to speed. Despite Dick's paranoia, his divine madness was not a sign of mental illness, but a powerful spiritual experience conveyed in the images of science fiction.