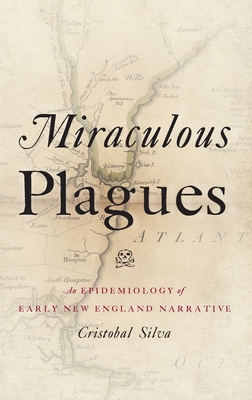 In the summer of 1629, John Winthrop described a series of epidemics that devastated Native American populations along the eastern seaboard of New England as a miraculous plague. Winthrop was struck by the providential nature of these waves of disease, which contributed neatly to the
settlers' justifications for colonial expansion. Taking Winthrop's phrase as its cornerstone, Miraculous Plagues re-imagines New England's literary history by tracing seventeenth- and early eighteenth-century epidemics alongside events including early migration, the Antinomian controversy, the
evolution of the halfway covenant and jeremiad, and Boston's 1721 inoculation controversy. Moving beyond familiar histories of New World epidemics (often referred to as the virgin soil model), Cristobal Silva identifies epidemiology as a generic category with specialized forms and conventions. Epidemiology functions as both subject and method in Silva's argument, as he details
narratives that represent modes of infection, population distribution, and immunity. He considers how regional and generational patterns of illness affected the perception of communal identity, and he analyzes the translation of epidemic events into narrative and generic terms, providing scholars a
new way to conceptualize the relationship between immunology and ideology. Closing with a discussion of the HIV/AIDS epidemic, Miraculous Plagues underscores the portability of its insights into the geopolitics of medicine. Just as epidemiology aided in transforming colonial America, it continues to influence questions of geography, community, and identity that are bound
up in global health practices today.

Cristobal Silva is Assistant Professor of English and Comparative Literature at Columbia University.
Loading...
or support indie stores by buying on