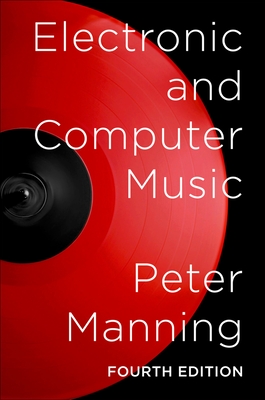 In this new edition of the classic text on the evolution of electronic music, Peter Manning extends the definitive account of the medium from its birth to include key developments from the dawn of the 21st century to the present day. The scope of the many developments that have taken place since the late 1990s are considered in a series of new and updated chapters, including topics such as the development of the digital audio workstation, laptop music, the Internet, and the emergence of new performance interfaces. Emphasizing the functional characteristics of emerging technologies and their influence on the creative development of the medium, Manning covers key developments in both commercial and the non-commercial sectors to provide readers with the most comprehensive resource available on the evolution of this ever-expanding area of creativity.

Peter Manning is director of the Electronic Music Studio at The University of Durham, UK, a position he has held since 1980. In addition to writing books and articles on the history and development of the medium he has directed several research programs into computer music and composed a number of electroacoustic works that have been widely performed in Europe, the Far East, and America.
or
Not Currently Available for Direct Purchase
Copyright © 2020 American Booksellers Association