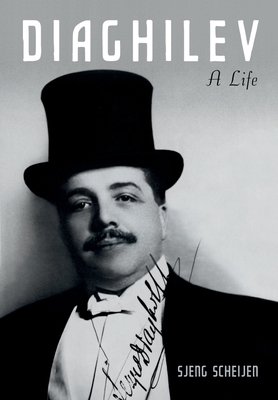 Featuring an eight-page gallery of full-color illustrations, here is a major new biography of Serge Diaghilev, founder and impresario of the Ballets Russes, who revolutionized ballet by bringing together composers such as Stravinsky and Prokofiev, dancers and choreographers such as Nijinsky and Karsavina, Fokine and Balanchine, and artists such as Picasso, Matisse, Bakst, and Goncharova. An accomplished, flamboyant impresario of all the arts, Diaghilev became a legendary figure. Growing up in a minor noble family in remote Perm, he would become a central figure in the artistic worlds of Paris, London, Berlin, and Madrid during the golden age of modern art. He lived through bankruptcy, war, revolution, and exile. Furthermore he lived openly as a homosexual and his liaisons, most famously with Nijinsky, and his turbulent friendships with Stravinsky, Coco Chanel, Prokofiev, and Jean Cocteau gave his life an exceptionally dramatic quality. Scheijen's magnificent biography, based on extensive research in little known archives, especially in Russia, brings fully to life a complex and powerful personality with boundless creative energy.
A New York Times Editor's Choice

Sjeng Scheijen is a Senior Research Fellow and Veni-laureate at Leiden University in The Netherlands. He is a historian of Russian art, an exhibition curator, and a former cultural attach� at the Royal Netherlands Embassy in Moscow.
Loading...
or support indie stores by buying on