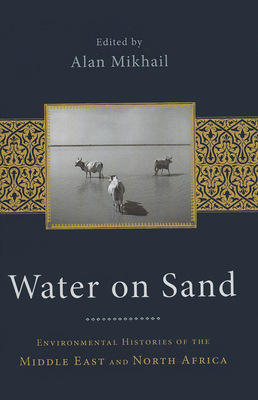 Environmental Histories of the Middle East and North Africa

From Morocco to Iran and the Black Sea to the Red, Water on Sand rewrites the history of the Middle East and North Africa from the Little Ice Age to the Cold War era. As the first holistic environmental history of the region, it shows the intimate connections between peoples and environments and how these relationships shaped political, economic, and social history in startling and unforeseen ways. Nearly all political powers in the region based their rule on the management and control of natural resources, and nearly all individuals were in constant communion with the natural world. To grasp how these multiple histories were central to the pasts of the Middle East and North Africa, the chapters in this book evidence the power of environmental history to open up new avenues of scholarly inquiry.

Alan Mikhail is Professor of History at Yale University. He is the author of Nature and Empire in Ottoman Egypt: An Environmental History, which won the Roger Owen Book Award from the Middle East Studies Association and the Samuel and Ronnie Heyman Prize from Yale University.
Loading...
or
Not Currently Available for Direct Purchase