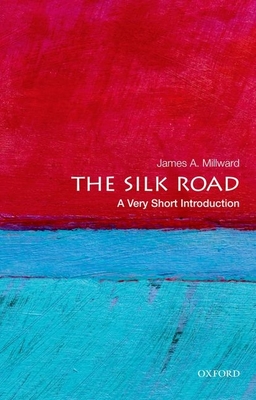 The phrase silk road evokes vivid scenes of merchants leading camel caravans across vast stretches to trade exotic goods in glittering Oriental bazaars, of pilgrims braving bandits and frozen mountain passes to spread their faith across Asia. Looking at the reality behind these images, this Very Short Introduction illuminates the historical background against which the silk road flourished, shedding light on the importance of old-world cultural exchange to Eurasian and world history. On the one hand, historian James A. Millward treats the silk road broadly, to stand in for the cross-cultural communication between peoples across the Eurasian continent since at least the Neolithic era. On the other, he highlights specific examples of goods and ideas exchanged between the Mediterranean, Persia, India, and China, along with the significance of these exchanges. While including silks, spices, and travelers' tales of colorful locales, the book explains the dynamics of Central Eurasian history that promoted Silk Road interactions--especially the role of nomad empires--highlighting the importance of the biological, technological, artistic, intellectual, and religious interchanges across the continent. Millward shows that these exchanges had a profound effect on the old world that was akin to, if not on the scale of, modern globalization. He also disputes the idea that the silk road declined after the collapse of the Mongol empire or the opening of direct sea routes from Europe to Asia, showing how silk road phenomena continued through the early modern and modern expansion of the Russian and Chinese states across Central Asia. Millward concludes that the idea of the silk road has remained powerful, not only as a popular name for boutiques and restaurants, but also in modern politics and diplomacy, such as U.S. Secretary of State Hilary Clinton's Silk Road Initiative for India, Pakistan, and Afghanistan.

James A. Millward is Professor of Intersocietal History at the Edmund Walsh School of Foreign Service at Georgetown University. His books include Eurasian Crossroads: A History of Xinjiang and Beyond the Pass: Economy, Ethnicity and Empire in Qing Central Asia, 1759-1864. He has served on the boards of the Association for Asian Studies and the Central Eurasian Studies Society and was president of the latter in 2010.
Loading...
or support indie stores by buying on
(This book is on backorder)