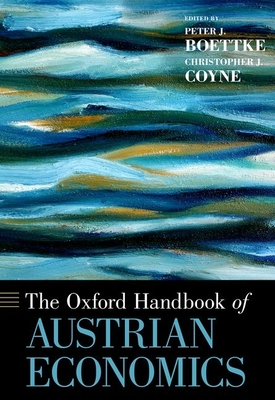 The Austrian School of Economics is an intellectual tradition in economics and political economy dating back to Carl Menger in the late-19th century. Menger stressed the subjective nature of value in the individual decision calculus. Individual choices are indeed made on the margin, but the evaluations of rank ordering of ends sought in the act of choice are subjective to individual chooser. For Menger, the economic calculus was about scarce means being deployed to pursue an individual's highest valued ends. The act of choice is guided by subjective assessments of the individual, and is open ended as the individual is constantly discovering what ends to pursue, and learning the most effective way to use the means available to satisfy those ends. This school of economic thinking spread outside of Austria to the rest of Europe and the United States in the early-20th century and continued to develop and gain followers, establishing itself as a major stream of heterodox economics. The Oxford Handbook of Austrian Economics provides an overview of this school and its theories. The various contributions discussed in this book all reflect a tension between the Austrian School's orthodox argumentative structure (rational choice and invisible hand) and its addressing of a heterodox problem situations (uncertainty, differential knowledge, ceaseless change). The Austrian economists from the founders to today seek to derive the invisible hand theorem from the rational choice postulate via institutional analysis in a persistent and consistent manner. Scholars and students working in the field of History of Economic Thought, those following heterodox approaches, and those both familiar with the Austrian School or looking to learn more will find much to learn in this comprehensive volume.