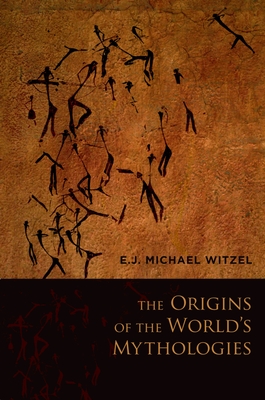 The Origins of the World's Mythologies

This remarkable book is the most ambitious work on mythology since that of the renowned Mircea Eliade, who all but single-handedly invented the modern study of myth and religion. Focusing on the oldest available texts, buttressed by data from archeology, comparative linguistics and human
population genetics, Michael Witzel reconstructs a single original African source for our collective myths, dating back some 100,000 years. Identifying features shared by this Out of Africa mythology and its northern Eurasian offshoots, Witzel suggests that these common myths--recounted by the
communities of the African Eve--are the earliest evidence of ancient spirituality. Moreover these common features, Witzel shows, survive today in all major religions. Witzel's book is an intellectual hand grenade that will doubtless generate considerable excitement--and consternation--in the
scholarly community. Indeed, everyone interested in mythology will want to grapple with Witzel's extraordinary hypothesis about the spirituality of our common ancestors, and to understand what it tells us about our modern cultures and the way they are linked at the deepest level.

Praise For The Origins of the World's Mythologies…

"Not since Frazer's Golden Bough, not since Casaubon's Key to All Mythologies, has anyone achieved such a grand synthesis of world mythology. Boldly swimming upstream against the present scholarly emphasis on difference and context, Witzel assembles massive evidence for a single, prehistoric, Ur-mythology. An astonishing book"

--Wendy Doniger, Mircea Eliade Distinguished Service Professor of the History of Religions at the University of Chicago and author of The Woman Who Pretended to Be Who She Was

E.J. Michael Witzel is Wales Professor of Sanskrit at Harvard University.
Loading...
or support indie stores by buying on