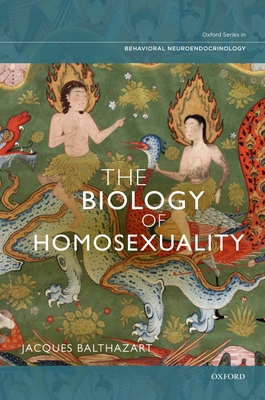 The Biology of Homosexuality

In this fascinating book, Jacques Balthazart presents a simple description of the biological mechanisms that are involved in the determination of sexual orientation in animals and also presumably in humans. Using scientific studies published over the last few decades, he argues that sexual orientation, both homosexual and heterosexual, is under the control of embryonic endocrine and genetic phenomena in which there is little room for individual choice. The author begins with animal studies of the hormonal and neural mechanisms that control the so-called instinctive behaviors and analyzes how this animal work may potentially apply to humans. The book does not focus exclusively on homosexuality, however. Instead, the book acts as a broader guide to the biological basis of sexual orientation, and also discusses important gender differences that may influence sexual orientation. While firmly grounded in the scientific literature, this text is developed for a broader audience and will be of interest to psychologists, researchers, students, and anyone interested in the biological factors that determine our sexuality.