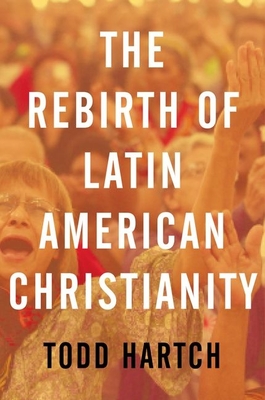 The Rebirth of Latin American Christianity

Winner of 2014 Book Award for Excellence in Missiology from the American Society of Missiology
Winner of the 2015 Christianity Today Award for Missions/Global Affairs
Named by the International Bulletin of Missionary Studies as an Outstanding Book of 2014 for Mission Studies Predominantly Catholic for centuries, Latin America is still largely Catholic today, but the religious continuity in the region masks enormous changes that have taken place in the past five decades. In fact, it would be fair to say that Latin American Christianity has been transformed definitively in the years since the Second Vatican Council. Religious change has not been obvious because its transformation has not been, as in Africa and Asia, the sudden and massive growth of a new religion. It has been rather a simultaneous revitalization and fragmentation that threatened, awakened, and ultimately brought to a greater maturity a dormant and parochial Christianity. The rapid growth of Protestantism, especially Pentecostalism, forced Catholics to adopt a more active and dynamic approach to their religion. Although many Catholics left their church to become Pentecostals, many others responded to the Protestant challenge by joining new Catholic movements. Today, Latin American Christianity is so energized that the region is sending missionaries to Africa, Europe, and the United States. In The Rebirth of Latin American Christianity, Todd Hartch examines the changes that have swept across Latin America in the last fifty years and situates them in the context of the growth of Christianity in the global South.

Todd Hartch teaches Latin American history and World Christianity at Eastern Kentucky University in Richmond, Kentucky. His research focuses on Christianity and missions in Latin America. His first book, Missionaries of the State: The Summer Institute of Linguistics, State Formation, and Indigenous Mexico examined the role of the Wycliffe Bible Translators in Mexico.
Loading...
or support indie stores by buying on