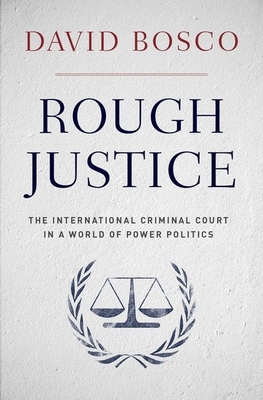 The International Criminal Court in a World of Power Politics

Ten years ago, in the wake of massive crimes in central Africa and the Balkans, the first permanent international criminal court was established in The Hague despite resistance from some of the world's most powerful states. In the past decade, the court has grown from a few staff in an empty building to a bustling institution with more than a thousand lawyers, investigators, and administrators from around the world. Despite its growth and the backing of more than 120 nations, the ICC is still struggling to assert itself in often turbulent political crises. The ICC is generally autonomous in its ability to select cases and investigate crimes, but it is ultimately dependent on sovereign states, and particularly on the world's leading powers. These states can provide the diplomatic, economic, and military clout the court often needs to get cooperation-and to arrest suspects. But states don't expend precious political capital lightly, and the court has often struggled to get the help it needs. When their interests are most affected, moreover, powerful states usually want the court to keep its distance. Directly and indirectly, they make their preferences known in The Hague. Rough Justice grapples with the court's basic dilemma: designed to be apolitical, it requires the support of politicians who pursue national interests and answer to domestic audiences. Through a sharp analysis of the dynamics at work behind the scenes, Bosco assesses the ways in which powerful states have shaped the court's effort to transform the vision of international justice into reality. This will be the definitive account of the Court and its uneven progress toward advancing accountability around the world.

David Bosco teaches international politics and law at American University's School of International Service. He is the author of Five to Rule Them All: The UN Security Council and the Making of the Modern World. A graduate of Harvard Law School, he is a former attorney and senior editor at Foreign Policy magazine. He writes the Multilateralist blog for Foreign Policy.
or
Buy Here
Copyright © 2020 American Booksellers Association