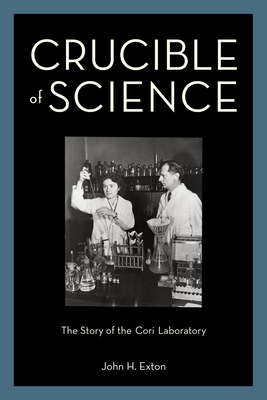 The Story of the Cori Laboratory

Crucible of Science is the story of a unique laboratory at Washington University in St. Louis, and of Carl and Gerty Cori, the biochemists who established it. Carl and Gerty met and married at medical school in Prague in the 1920s. After graduation, they immigrated to the U.S. to escape
deteriorating conditions in Europe. Carl soon received an offer from Washington University to become Pharmacology Chair, and the couple settled in St. Louis. Not only did both Coris go on to win the Nobel Prize, the laboratory they established at the University has since produced some of the most
outstanding scientists the U.S. has ever seen. Six laboratory scientists also won Nobel Prizes; few, if any, laboratories can claim such an impressive record. The Coris themselves were instrumental in establishing the then new science of Biochemistry in the U.S. They applied chemical approaches to
elucidating the transformations of compounds such as glucose in animal tissues and defined the enzyme catalysts that carried out those transformations. Both scientists were extremely rigorous in designing their experiments and interpreting the results, a habit that ensured their findings were above
question. This book examines the careers of both Coris and the other eminent scientists who trained in their laboratory. It notes the Coris' acceptance of women, Jews, and scientists from all over the world, unique during this time period. It analyzes those reasons why the laboratory was so successful in
attracting the best trainees and producing premier scientists. Intended for scientists, science historians, and anyone interested in the history of science, Crucible of Science is a unique presentation of remarkable careers and personalities, examined within the context of the Coris' laboratory.

John H. Exton is Professor of Molecular Physiology and Biophysics at the Vanderbilt University School of Medicine, and Investigator at Howard Hughes Medical Institute.
Loading...
or support indie stores by buying on