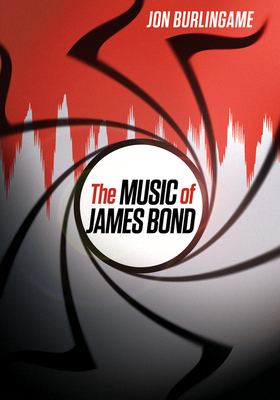 The Music of James Bond

The story of the music that accompanies the cinematic adventures of Ian Fleming's intrepid Agent 007 is one of surprising real-life drama. In The Music of James Bond, author Jon Burlingame throws open studio and courtroom doors alike to reveal the full and extraordinary history of the sounds of James Bond, spicing the story with a wealth of fascinating and previously undisclosed tales. Burlingame devotes a chapter to each Bond film, providing the backstory for the music (including a reader-friendly analysis of each score) from the last-minute creation of the now-famous "James Bond Theme" in Dr. No to John Barry's trend-setting early scores for such films as Goldfinger and Thunderball. We learn how synthesizers, disco and modern electronica techniques played a role in subsequent scores, and how composer David Arnold reinvented the Bond sound for the 1990s and beyond. The book brims with behind-the-scenes anecdotes. Burlingame examines the decades-long controversy over authorship of the Bond theme; how Frank Sinatra almost sang the title song for Moonraker; and how top artists like Shirley Bassey, Tom Jones, Paul McCartney, Carly Simon, Duran Duran, Gladys Knight, Tina Turner, and Madonna turned Bond songs into chart-topping hits. The author shares the untold stories of how Eric Clapton played guitar for Licence to Kill but saw his work shelved, and how Amy Winehouse very nearly co-wrote and sang the theme for Quantum of Solace. New interviews with many Bond songwriters and composers, coupled with extensive research as well as fascinating and previously undiscovered details--temperamental artists, unexpected hits, and the convergence of great music and unforgettable imagery--make The Music of James Bond a must read for 007 buffs and all popular music fans. This paperback edition is brought up-to-date with a new chapter on Skyfall.

Jon Burlingame is one of the nation's leading writers on the subject of music for film and television. He writes regularly for Daily Variety and teaches film-music history at the University of Southern California. His other work has included three previous books on film and TV music; articles for other publications including The New York Times, Los Angeles Times, The Washington Post, and Premiere and Emmy magazines; and producing radio specials for Los Angeles classical station KUSC.
Loading...
or support indie stores by buying on