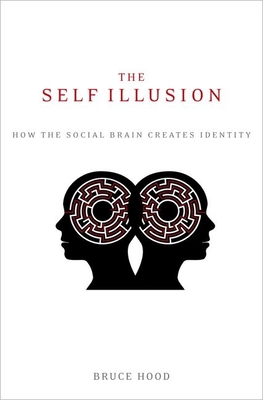 How the Social Brain Creates Identity

Most of us believe that we are unique and coherent individuals, but are we? The idea of a self has existed ever since humans began to live in groups and become sociable. Those who embrace the self as an individual in the West, or a member of the group in the East, feel fulfilled and
purposeful. This experience seems incredibly real but a wealth of recent scientific evidence reveals that this notion of the independent, coherent self is an illusion - it is not what it seems. Reality as we perceive it is not something that objectively exists, but something that our brains
construct from moment to moment, interpreting, summarizing, and substituting information along the way. Like a science fiction movie, we are living in a matrix that is our mind.
In The Self Illusion, Dr. Bruce Hood reveals how the self emerges during childhood and how the architecture of the developing brain enables us to become social animals dependent on each other. He explains that self is the product of our relationships and interactions with others, and it exists only
in our brains. The author argues, however, that though the self is an illusion, it is one that humans cannot live without.
But things are changing as our technology develops and shapes society. The social bonds and relationships that used to take time and effort to form are now undergoing a revolution as we start to put our self online. Social networking activities such as blogging, Facebook, Linkedin and Twitter
threaten to change the way we behave. Social networking is fast becoming socialization on steroids. The speed and ease at which we can form alliances and relationships is outstripping the same selection processes that shaped our self prior to the internet era. This book ventures into unchartered
territory to explain how the idea of the self will never be the same again in the online social world.

Bruce Hood is currently the Director of the Bristol Cognitive Development Centre in the Experimental Psychology Department at the University of Bristol. He has previously been a research fellow at Cambridge University and University College London, a visiting scientist at MIT, and a facultyprofessor at Harvard University. He has been awarded an Alfred Sloan Fellowship in neuroscience, the Young Investigator Award from the International Society of Infancy Researchers, the Robert Fantz memorial award, and was recently voted to Fellowship status by the society of American PsychologicalScience.
Loading...
or
Not Currently Available for Direct Purchase