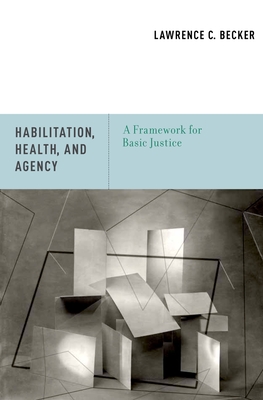 A Framework for Basic Justice

Lawrence C. Becker introduces an unconventional set of background ideas for future philosophical work on normative theories of basic justice. The organizing concept is habilitation -- the process of equipping a person or thing with functional abilities or capacities. The specific proposals drawn from the concept of habilitation are independent of any particular set of distributive principles. The result is a framework for theory that includes a metric for the pursuit of basic justice, but not a normative theory of it. The basic idea is that receiving and providing habilitation is a lifelong necessity for human beings, from their nearly helpless newborn state through their struggles to survive and thrive thereafter, even into the most severe diminishments of old age. This lifelong human necessity underlies all questions about basic justice, and the possibilities for habilitation define the circumstances under which those questions arise. Focusing on the circumstances of habilitation calls attention to the central role of physical and psychological health. Without basic good health in both domains, it is not possible to cope with the habilitative demands of one's physical and psychological endowments, and one's physical and social environments. And for human beings, a particular aspect of human health effectively sums up these matters: namely human agency; the nature and extent of the ability to act effectively. The book proposes, specifically, that normative theories of basic justice adopt the habilitation framework. What then appears to follow is that the most plausible comprehensive metric for assessing progress toward basic justice will be the level and distribution of basic good health. Moreover, achieving robustly healthy agency will be the most plausible tactical target for making progress toward basic justice -- no matter what one's favored distributive principles might be.

Lawrence C Becker is a Fellow of Hollins University, and Professor of Philosophy Emeritus, College of William and Mary. He is the author of four previous monographs, including Property Rights (1977), Reciprocity (1986), and A New Stoicism (1998). With Charlotte B. Becker he co-edited two editions of The Encyclopedia of Ethics (1992; 2001).
Loading...
or support indie stores by buying on