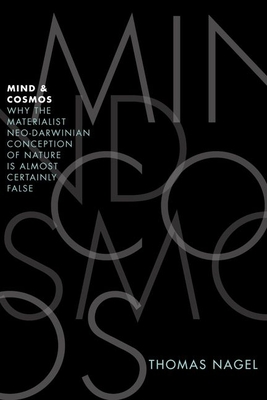 The modern materialist approach to life has conspicuously failed to explain such central mind-related features of our world as consciousness, intentionality, meaning, and value. This failure to account for something so integral to nature as mind, argues philosopher Thomas Nagel, is a major problem, threatening to unravel the entire naturalistic world picture, extending to biology, evolutionary theory, and cosmology. Since minds are features of biological systems that have developed through evolution, the standard materialist version of evolutionary biology is fundamentally incomplete. And the cosmological history that led to the origin of life and the coming into existence of the conditions for evolution cannot be a merely materialist history, either. An adequate conception of nature would have to explain the appearance in the universe of materially irreducible conscious minds, as such. Nagel's skepticism is not based on religious belief or on a belief in any definite alternative. In Mind and Cosmos, he does suggest that if the materialist account is wrong, then principles of a different kind may also be at work in the history of nature, principles of the growth of order that are in their logical form teleological rather than mechanistic. In spite of the great achievements of the physical sciences, reductive materialism is a world view ripe for displacement. Nagel shows that to recognize its limits is the first step in looking for alternatives, or at least in being open to their possibility.

Thomas Nagel is University Professor in the Department of Philosophy and the School of Law at New York University. His books include The Possibility of Altruism, The View from Nowhere, and What Does It All Mean?: A Very Short Introduction to Philosophy. He is a Fellow of the American Academy of Arts and Sciences and a Corresponding Fellow of the British Academy. In 2008, he was awarded the Rolf Schock Prize in Logic and Philosophy and the Balzan Prize in Moral Philosophy.
Loading...
or
Not Currently Available for Direct Purchase