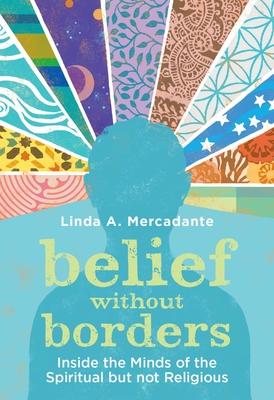 Inside the Minds of the Spiritual But Not Religious

Named A Best Spiritual Book of the Year by Spirituality & Practice The last twenty years have seen a dramatic increase in nones: people who do not claim any religious affiliation. These nones now outnumber even the largest Protestant denominations in America. They are not to be confused with secularists, however, for many of them identify themselves as
spiritual but not religious (SBNR). The response to this dramatic change in American religion has been amazingly mixed. While social scientists have been busy counting and categorizing them, the public has swung between derision and adulation. Some complain nones are simply shallow dilettantes,
narcissistically concerned with their own inner world. Others hail them as spiritual giants, and ground-breaking pioneers. Rarely, however, have these nones been asked to explain their own views, beliefs, and experiences. In Belief without Borders, theologian and one-time SBNR Linda Mercadante
finally gives these individuals a chance to speak for themselves. This volume is the result of extensive observation and nearly 100 in-depth interviews with SBNRs across the United States. Mercadante presents SBNRs' stories, shows how they analyze their spiritual journeys, and explains why they reject the claims of organized religion. Surprisingly, however,
Mercadante finds these SBNRs within as well as outside the church. She reveals the unexpected, emerging latent theology within this group, including the interviewees' creative concepts of divine transcendence, life after death, human nature, and community. The conclusions she draws are startling:
despite the fact that SBNRs routinely discount the creeds and doctrines of organized religion, many have devised a structured set of beliefs, often purposefully in opposition to doctrines associated with Christianity. Belief without Borders is a captivating exploration of a growing belief system certain to transform the spiritual character of America.

Linda A. Mercadante is Distinguished Research Professor Emerita at the Methodist Theological School in Ohio and an ordained minister in the Presbyterian Church (USA). She is Founder of HealthyBeliefs - Healthy Spirit, www.healthybeliefs.org.
Loading...
or support indie stores by buying on