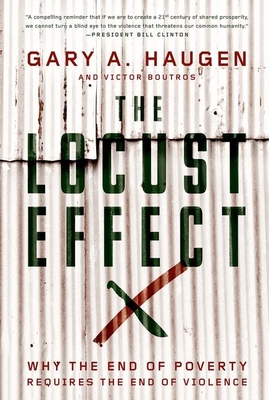 By Gary A. Haugen, Victor Boutros

A Washington Post bestseller While the world has made encouraging strides in the fight against global poverty, the hidden plague of everyday violence silently undermines our best efforts to help the poor. Common violence like rape, forced labor, illegal detention, land theft, and police abuse has become routine and relentless. And like a horde of locusts devouring everything in its path, the unchecked plague of violence ruins lives, blocks the road out of poverty, and undercuts development. How has this plague of violence grown so ferocious? In one of the most remarkable social disasters of the last half century, basic public justice systems in the developing world have descended into a state of utter collapse, and there's nothing shielding the poor from violent people. Gary A. Haugen and Victor Boutros offer a searing account of how we got here and what it will take to end the plague. The Locust Effect is a gripping journey into the streets and slums where fear is a daily reality for billions of the world's
poorest, where safety is secured only for those with money, and where much of our well-intended aid is lost in the daily chaos of violence. While their call to action is urgent, Haugen and Boutros provide hope, a real solution and an ambitious way forward. The Locust Effect will forever change the way we understand global poverty,
and will help secure a safe path to prosperity for the global poor in the 21st century.

Gary A. Haugen is founder and president of International Justice Mission, a global human rights agency that protects the poor from violence. The largest organization of its kind, IJM has partnered with law enforcement to rescue thousands of victims of violence. Haugen was Director of the U.N. investigation in the aftermath of the Rwandan genocide, and has been recognized by the U.S. State Department as a Trafficking in Persons "Hero" -- the U.S. government's highest honor for anti-slavery leadership. Victor Boutros is a federal prosecutor who investigates and tries nationally significant cases of police misconduct, hate crimes, and international human trafficking around the country on behalf of the U.S. Department of Justice. He is also a member of the Justice Department's Human Trafficking Prosecution Unit, which consolidates the expertise of some of nation's top human trafficking prosecutors and enhances the federal government's ability to identify and prosecute large human trafficking networks.
or
Buy Here
Copyright © 2020 American Booksellers Association