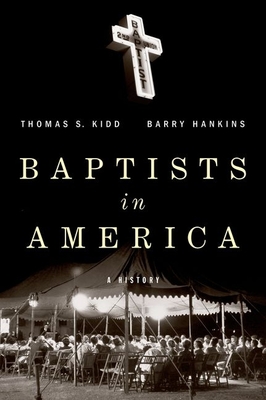 The Puritans called Baptists "the troublers of churches in all places" and hounded them out of Massachusetts Bay Colony. Four hundred years later, Baptists are the second-largest religious group in America, and their influence matches their numbers. They have built strong institutions, from megachurches to publishing houses to charities to mission organizations, and have firmly established themselves in the mainstream of American culture. Yet the historical legacy of outsider status lingers, and the inherently fractured nature of their faith makes Baptists ever wary of threats from within as well as without. In Baptists in America, Thomas S. Kidd and Barry Hankins explore the long-running tensions between church, state, and culture that Baptists have shaped and navigated. Despite the moment of unity that their early persecution provided, their history has been marked by internal battles and schisms that were microcosms of national events, from the conflict over slavery that divided North from South to the conservative revolution of the 1970s and 80s. Baptists have made an indelible impact on American religious and cultural history, from their early insistence that America should have no established church to their place in the modern-day culture wars, where they frequently advocate greater religious involvement in politics. Yet the more mainstream they have become, the more they have been pressured to conform to the mainstream, a paradox that defines--and is essential to understanding--the Baptist experience in America. Kidd and Hankins, both practicing Baptists, weave the threads of Baptist history alongside those of American history. Baptists in America is a remarkable story of how one religious denomination was transformed from persecuted minority into a leading actor on the national stage, with profound implications for American society and culture.

Thomas S. Kidd is Distinguished Professor of History at Baylor University and Associate Director of Baylor's Institute for Studies of Religion. His most recent book is Benjamin Franklin: The Religious Life of a Founding Father. Barry Hankins is Professor of History and Chair of the Department of History at Baylor University. He is the author of numerous books, most recently Woodrow Wilson: Ruling Elder, Spiritual President.
or support indie stores by buying on
Copyright © 2020 American Booksellers Association