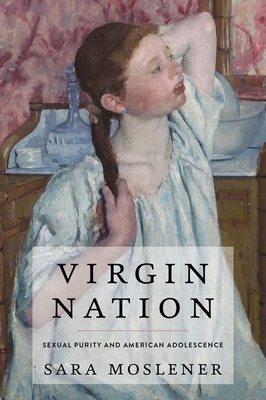 First taking hold of the American cultural imagination in the 1990s, the sexual purity movement of contemporary evangelicalism has since received considerable attention from a wide range of media outlets, religious leaders, and feminist critics. Virgin Nation offers a history of this movement that goes beyond the Religious Right, demonstrating a link between sexual purity rhetoric and fears of national decline that has shaped American ideas about morality since the nineteenth century. Concentrating on two of today's best known purity organizations, True Loves Waits and Silver Ring Thing, Sara Moslener's investigation reveals that purity work over the last two centuries has developed in concert with widespread fears of changing traditional gender roles and sexual norms, national decline, and global apocalypse. Moslener highlights a number of points in U.S. history when evangelical beliefs and values have seemed to provide viable explanations for and solutions to widespread cultural crises, resulting in the growth of their cultural and political influence. By asserting a causal relationship between sexual immorality, national decline, and apocalyptic anticipation, leaders have shaped a purity rhetoric that positions Protestant evangelicalism as the salvation of American civilization. From the purity reformers of the nineteenth century to fundamentalist leaders such as Billy Graham and Carl F.H. Henry, Moslener illuminates the evolution of a strain of purity rhetoric that runs throughout Protestant evangelicalism.

Sara Moslener is Assistant Professor of Religion at Central Michigan University.
Loading...
or
Not Currently Available for Direct Purchase