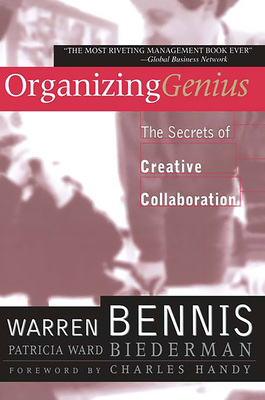 The Secrets of Creative Collaboration

Uncovers the elements of creative collaboration by examining six of the century's most extraordinary groups and distill their successful practices into lessons that virtually any organization can learn and commit to in order to transform its own management into a collaborative and successful group of leaders. Paper. DLC: Organizational effectiveness - Case studies.

In 2007, BusinessWeek called him one of ten business school professors who have had the greatest influence on business thinking. He has received twenty honorary degrees and has served on numerous boards of advisors. He authored dozens of articles and over thirty books on leadership, including On Becoming a Leader and Organizing Genius.
Loading...
or
Not Currently Available for Direct Purchase