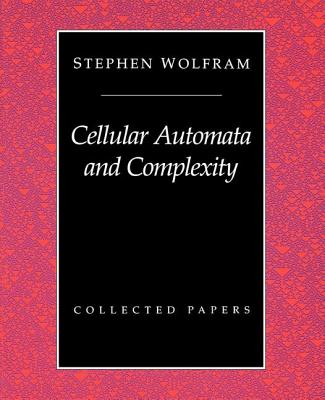 Are mathematical equations the best way to model nature? For many years it had been assumed that they were. But in the early 1980s, Stephen Wolfram made the radical proposal that one should instead build models that are based directly on simple computer programs. Wolfram made a detailed study of a class of such models known as cellular automata, and discovered a remarkable fact: that even when the underlying rules are very simple, the behavior they produce can be highly complex, and can mimic many features of what we see in nature. And based on this result, Wolfram began a program of research to develop what he called ?A Science of Complexity.?The results of Wolfram's work found many applications, from the so-called Wolfram Classification central to fields such as artificial life, to new ideas about cryptography and fluid dynamics. This book is a collection of Wolfram's original papers on cellular automata and complexity. Some of these papers are widely known in the scientific community; others have never been published before. Together, the papers provide a highly readable account of what has become a major new field of science, with important implications for physics, biology, economics, computer science and many other areas.

Stephen Wolfram was born in England in 1959. He was educated at Eton and Oxford, and received his PhD in theoretical physics from Caltech at the age of twenty. Wolfram's early work in particle physics, cosmology and computer science earned him one of the first MacArthur awards. Wolfram began his work on the problem of complexity in 1981. And after writing the sequence of papers collected in this book, Wolfram founded the first research center and the first journal devoted to the study of complexity. Then in 1986, he formed Wolfram Research, Inc., and began the development of Mathematica. Released in 1988, Mathematica has become the standard software system for technical computation used by scientists, engineers, students and others around the world. Wolfram has been the recipient of many awards for science and business. He now divides his time between basic research and the leadership of his company.
Loading...
or support indie stores by buying on