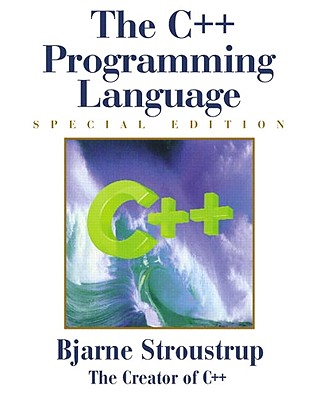 More than three-quarters of a million programmers have benefited from this book in all of its editions Written by Bjarne Stroustrup, the creator of C++, this is the world's most trusted and widely read book on C++. For this special hardcover edition, two new appendixes on locales and standard library exception safety (also available at www.research.att.com/ bs/) have been added. The result is complete, authoritative coverage of the C++ language, its standard library, and key design techniques. Based on the ANSI/ISO C++ standard, The C++ Programming Language provides current and comprehensive coverage of all C++ language features and standard library components. For example: Bjarne Stroustrup makes C++ even more accessible to those new to the language, while adding advanced information and techniques that even expert C++ programmers will find invaluable.

Bjarne Stroustrup is the designer and original implementer of C++ and the author of The C++ Programming Language (first edition 1985, second edition 1991, third edition 1997), The Design and Evolution of C++ (1994), and Programming: Principles and Practice using C++ (2010). He is the College of Engineering Chair in Computer Science Distinguished Professor at Texas A&M University, a member of the National Academy of Engineering, and an AT&T Fellow. Before moving to academia, he worked for decades in AT&T Bell Labs. He is a founding member of the ISO C++ standards committee. Vist him on the web at www.research.att.com/ bs/.
Loading...
or
Not Currently Available for Direct Purchase