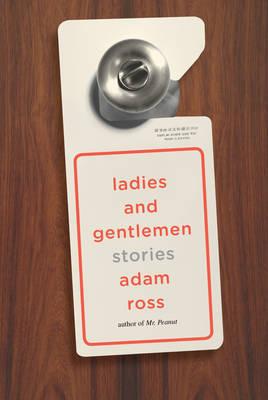 After his widely celebrated debut, "Mr. Peanut, "Adam Ross now presents a darkly compelling collection of stories about brothers, loners, lovers, and lives full of good intentions, misunderstandings, and obscured motives.
A hotshot lawyer, burdened by years of guilt and resentment, comes to the rescue of his irresponsible, irresistible younger brother. An unsettling story resonates between the dysfunctional couple telling it and their listening friends as well. A lonely professor, frequently regaled with unbelievably entertaining tales by the office handyman, suddenly fears he's being asked to abet a murderous fugitive. An awkward but nervy adolescent uses his brief career as a child actor to further his designs on a WASPy friend's seemingly untouchable sister. A man down on his luck closes in on a mysterious, much-needed job offer while doing a good turn for his fragile neighbor, with results at once surreal and hilarious. And when two college kids goad each other on in an escalating series of breathtaking dares, the outcome is as tragic as it is ambiguous.
Laced with glimmers of redemption, youthful energy, and hard-won wisdom, these noirish stories unspool purposefully and fluidly; together they confirm the arrival of--as Michiko Kakutani put it in "The New York Times--""an enormously talented writer."