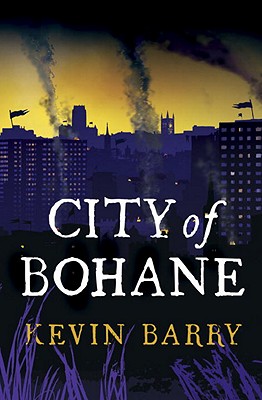 As if Joyce had sat down and written Sin City -- this is the cool, comic, violent and lyrical debut novel from Ireland's most talented new writer.

Thirty or so years in the future. The once-great city of Bohane on the west coast of Ireland is on its knees, infested by vice and split along tribal lines. There are the posh parts of town, but it is in the slums and backstreets of Smoketown, the tower blocks of the North Rises and the eerie bogs of the Big Nothin' that the city really lives. For years it has all been under the control of Logan Hartnett, the dapper godfather of the Hartnett Fancy gang. But they say his old rival Gant Broderick is back; there is dissent within the Fancy ranks; there are problems with the missus... and then there's his mother.

City of Bohane is a provincial noir of mesmerising imagination and vaulting linguistic invention. Cool and comic, violent and lyrical, it is a taste of the startlingly new.

KEVIN BARRY's story collection, There Are Little Kingdoms, won the Rooney Prize in 2007. His short fiction has appeared widely on both sides of the Atlantic, most recently in "The New Yorker."
Loading...
or
Not Currently Available for Direct Purchase