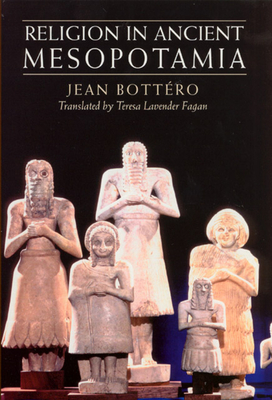 One of the world's foremost experts on Assyriology, Jean Bottéro has studied the religion of ancient Mesopotamia for more than fifty years. Building on these many years of research, Bottéro here presents the definitive account of one of the world's oldest known religions. He shows how ancient Mesopotamian religion was practiced both in the public and private spheres, how it developed over the three millennia of its active existence, and how it profoundly influenced Western civilization, including the Hebrew Bible.

Jean Bottéro (1914–2007) was director emeritus of L’École Pratique des Hautes Études in Paris. He is the author of many books, several of which have been translated and published by the University of Chicago Press.

Teresa Lavender Fagan is a freelance translator living in Chicago; she has translated numerous books for the University of Chicago Press and other publishers.