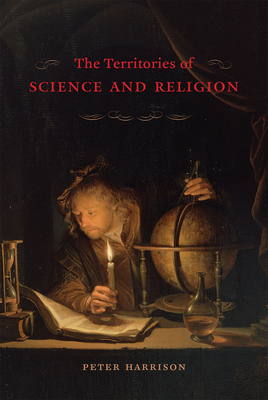 The Territories of Science and Religion


Praise For The Territories of Science and Religion…

"A bare-bones summary of Harrison’s argument hardly does justice to its
originality and subtlety, nor to the arresting insights that he derives from wellchosen
examples....Impressive chronological scope and erudition."
— Journal of the American Academy of Religion

"A well-researched, richly detailed argument for how the epistemological map of nature in the West was radically redrawn in the passage to modernity, sharply distinguishing facts from values in the creation of the specifically modern territories of science and religion. . . . The Territories of Science and Religion helps us rethink the origins of the key modern categories of science and religion, and in doing so provides a new vantage point on the rise of modernity. If you happen to be new to Harrison’s work, this tome will leave you searching for more by this fine scholar."
— Reading Religion

“This is one of the most sophisticated accounts of the supposed battle between science and religion that I have read. The strategy taken is historical: Harrison argues that science and religion as we now understand them are both recent concepts, and that in the past, they were more complementary than opposed. In this way the author hopes to undermine the idea that there is an eternal and fundamental tension between the two. Superbly documented and incisively argued, this book brings a welcome new perspective on a difficult debate.”
— Daniel Garber, Princeton University

Peter Harrison is professor of the history of science and director of the Centre for the History of European Discourses at the University of Queensland. He is the author or coeditor of numerous books, including Wrestling with Nature: From Omens to Science, also published by the University of Chicago Press.
Loading...
or
Not Currently Available for Direct Purchase