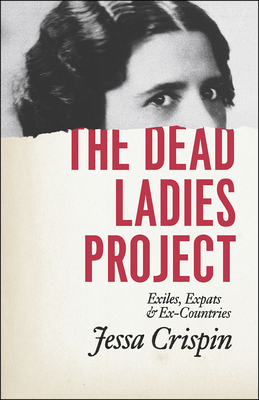 When Jessa Crispin was thirty, she burned her settled Chicago life to the ground and took off for Berlin with a pair of suitcases and no plan beyond leaving. Half a decade later, she’s still on the road, in search not so much of a home as of understanding, a way of being in the world that demands neither constant struggle nor complete surrender.

The Dead Ladies Project is an account of that journey—but it’s also much, much more. Fascinated by exile, Crispin travels an itinerary of key locations in its literary map, of places that have drawn writers who needed to break free from their origins and start afresh. As she reflects on William James struggling through despair in Berlin, Nora Barnacle dependant on and dependable for James Joyce in Trieste, Maud Gonne fomenting revolution and fostering myth in Dublin, or Igor Stravinsky starting over from nothing in Switzerland, Crispin interweaves biography, incisive literary analysis, and personal experience into a rich meditation on the complicated interactions of place, personality, and society that can make escape and reinvention such an attractive, even intoxicating proposition.

Personal and profane, funny and fervent, The Dead Ladies Project ranges from the nineteenth century to the present, from historical figures to brand-new hangovers, in search, ultimately, of an answer to a bedrock question: How does a person decide how to live their life?

Praise For The Dead Ladies Project: Exiles, Expats, and Ex-Countries…

"A book of vigorous struggle and lucid confusion. It's also very, very funny. . . . The whole book is packed with delightfully offbeat prose. . . . And it's all over the place in terms of subject matter: sex, politics, history, philosophy, existential dread, gender dictates, difficult travel logistics, etc. . . . But that's exactly what it needs to be: a rambling polymorphous beast, as raw as it is sophisticated, as quirky as it is intense.”
— Chicago Tribune

"Is it possible for a memoir to be at once introspective and yet fully embedded in the context of the world around it? The Dead Ladies Project seems to suggest that it is--or at least, that Bookslut founder Jessa Crispin is capable of making us believe it is. . . . Imbued with a deadpan sense of humor, The Dead Ladies Project tackles some of the weightiest subjects possible--suicide, death, infidelity, fulfillment--in a way that is always heartfelt but never heavy. The result is somewhat astounding: a philosophical musing on what it is to live one's best life, even if--or perhaps especially when—that best life fits no mold of conventionality or tradition."
— Shelf Awareness

"Mordant wit and a dash of bravado. . . . An eloquently thought-provoking memoir."
— Kirkus Reviews

"Suppose you could have for a traveling companion a changeling, someone who 'came to this planet as an already fully formed creature,' someone who’s looking for reasons to keep herself alive and is devoting every last particle of herself, body and soul, to this endeavor, who is willing to tell you every last thing that passes through her extraordinary mind as she takes you (for instance) to visit Berlin, Trieste, Sarajevo, Nora Barnacle, Rebecca West, Claude Cahun, who wants more than anything to make you 'take in the whole canvas without choosing, without discriminating'--wouldn’t you be beside yourself to have this fascinating creature beside you? I’d follow Jessa Crispin to the ends of the earth."
— Kathryn Davis, author of Duplex: A Novel

"Crispin is both smart enough to know there are no answers, and human enough to admit she needs them; her resulting travelogue is a phenomenal record of the mind in service (maybe) of the heart."
— Shalom Auslander, author of Hope: A Tragedy

"Read with caution: midway through The Dead Ladies Project you’ll be wanting to pack a suitcase and give away your possessions. Crispin is funny, sexy, self-lacerating, and politically attuned, with unique slants on literary criticism, travel writing, and female journeys. No one crosses genres, borders, and proprieties with more panache."
— Laura Kipnis, author of Men: Notes from an Ongoing Investigation

"Jessa Crispin is trying to heal the rift between us regular people and the heroic age of art. The Dead Ladies Project, a dazzling literary travelogue, a series of un-bookish, wildly refined meditations on books and artists, is also the intimate record of a personal crisis. Art matters here in a way likely to scare Americans almost as much as they deserve. Crispin travels the Europe of the canon, of dead white men, studying its entrails. Both Viking and monk, she can write with a barbarian's romantic peremptoriness or with the withering self-containment of a philosopher. She rolls her eyes at the monotony of history's public face and throws everything in the story--including the put-upon mistresses forced to pinch pennies, the tampons, unwieldy suitcases, tedious dates and crying jags. But if these linked essays are written with a literary arsonist’s urgency, they are also full of a very rare reverence for art that matters. Interested in what the life of an artist really has to involve? Quit your MFA program and read this wonderful book!"
— David McConnell, author of American Honor Killings

"Tracing a pilgrimage of sorts across Europe to places where artistic couples mostly came to grief, Jessa Crispin confronts in searing personal terms the problem not just of being but of being with someone else. It is an unsettling and unforgettable journey."--John Biguenet
— John Biguenet, author of The Torturer's Apprentice

“Crispin’s book chronicles her attempt to reconstitute her life by leaving it behind—not through self-harm but through acts of pilgrimage, retracing the steps of dead writers and artists in a hope of finding communion with ‘the unloosed, the wandering souls who were willing to scrape their lives clean and start again elsewhere.’”
— Liz Brown

“A sometimes rollicking, sometimes panicked, but always insightful and moving chronicle of a series of intellectual apprenticeships, with ‘guides’ ranging from writers to philosophers to editors to composers.”
— J. C. Hallman

Jessa Crispin is the editor and founder of the magazines Bookslut and Spolia. She has written for the New York Times, Guardian, Washington Post, Los Angeles Review of Books, NPR.org, Chicago Sun-Times, Architect Magazine, and other publications. She has lived in Kansas, Texas, Ireland, Chicago, Berlin, and elsewhere.
Loading...
or
Not Currently Available for Direct Purchase