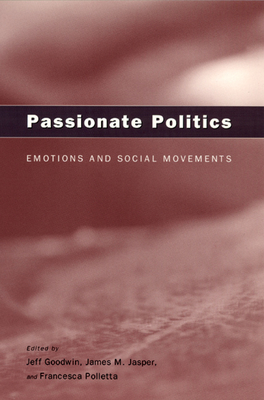 Emotions are back. Once at the center of the study of politics, emotions have receded into the shadows during the past three decades, with no place in the rationalistic, structural, and organizational models that dominate academic political analysis.

With this new collection of essays, Jeff Goodwin, James M. Jasper, and Francesca Polletta reverse this trend, reincorporating emotions such as anger, indignation, fear, disgust, joy, and love into research on politics and social protest. The tools of cultural analysis are especially useful for probing the role of emotions in politics, the editors and contributors to Passionate Politics argue. Moral outrage, the shame of spoiled collective identities, or the joy of imagining a new and better society, are not automatic responses to events. Rather, they are related to moral institutions, felt obligations and rights, and information about expected effects, all of which are culturally and historically variable.

Jeff Goodwin is an associate professor of sociology at New York University and author of No Other Way Out: States and Revolutionary Movements, 1945-1991.

James M. Jasper is an independent scholar and the author of Restless Nation and The Art of Moral Protest.

Francesca Polletta is an associate professor of sociology at Columbia University and author of Freedom Is an Endless Meeting: Democracy in American Social Movements.

Francesca Polletta is professor of sociology at the University of California, Irvine. She is the author It Was Like a Fever: Storytelling and Protest Politics and Freedom Is an Endless Meeting: Democracy in American Social Movements, and coeditor of Passionate Politics: Emotions in Social Movements, all published by the University of Chicago Press.