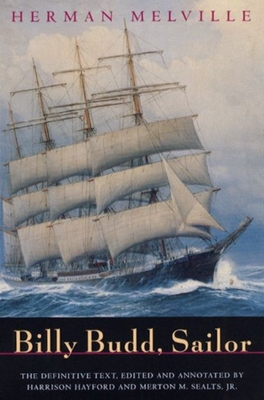 Hayford and Sealts's text was the first accurate version of Melville's final novel. Based on a close analysis of the manuscript, thoroughly annotated, and packaged with a history of the text and perspectives for its criticism, this edition will remain the definitive version of a profoundly suggestive story.

“The texts are impeccably accurate. . . . The collection is accompanied by an unobtrusive but expert annotation. . . . Probably Melville’s finest short work, the incomplete ‘Billy Budd,’ [is] a striking reworking of the crucifixion set in the English maritime service of the Revolutionary period.”
— John Sutherland

Harrison Hayford (1916-2001) was professor of English at Northwestern University and was considered the world’s most influential Melville scholar. He was general editor of the multivolume Northwestern-Newberry edition of "The Writings of Herman Melville."
Loading...
or support indie stores by buying on