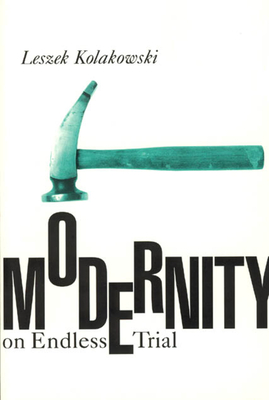 Leszek Kolakowski delves into some of the most intellectually vigorous questions of our time in this remarkable collection of essays garnished with his characteristic wit. Ten of the essays have never appeared before in English.

"This book . . . express[es] Kolakowski's thought on God, man, reason, history, moral truth and original sin, prompted by observation of the dramatic struggle among Christianity, the Enlightenment and modern totalitarianism. It is a wonderful collection of topics." —Thomas Nagel, Times Literary Supplement

"No better antidote to bumper-sticker thinking exists than this collection of 24 'appeals for moderation in consistency,' and never has such an antidote been needed more than it is now." —Joseph Coates, Chicago Tribune

"Whether learned or humorous, these essays offer gems in prose of diamond hardness, precision, and brilliance." —Thomas D'Evelyn, The Christian Science Monitor

Leszek Kolakowski (1927-2009) was professor of philosophy at the University of Warsaw until the Polish political crisis of March 1968 when he was formally expelled. He then moved to universities in North America and the United Kingdom. From 1981 to 1994 he was a professor in the Committee on Social Thought and the department of philosophy at the University of Chicago. He is best known for his critical analyses of Marxist thought, especially his three-volume history, Main Currents of Marxism (1976). In his later work, he increasingly focused on philosophical and religious questions. He was the author of numerous books.
Loading...
or support indie stores by buying on