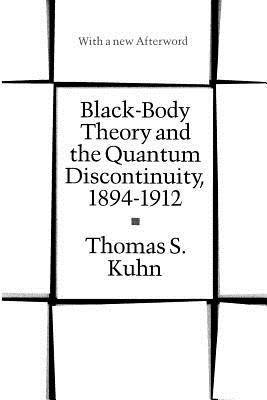 Black-Body Theory and the Quantum Discontinuity, 1894-1912

"A masterly assessment of the way the idea of quanta of radiation became part of 20th-century physics. . . . The book not only deals with a topic of importance and interest to all scientists, but is also a polished literary work, described (accurately) by one of its original reviewers as a scientific detective story."—John Gribbin, New Scientist

"Every scientist should have this book."—Paul Davies, New Scientist

Thomas S. Kuhn (1922–96) was the Laurence Rockefeller Professor of linguistics and philosophy at the Massachusetts Institute of Technology. His books include The Essential Tension; Black-Body Theory and the Quantum Discontinuity, 1894–1912; and The Copernican Revolution.