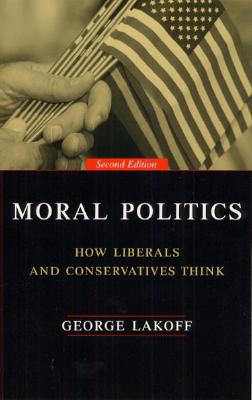 In this classic text, the first full-scale application of cognitive science to politics, George Lakoff analyzes the unconscious and rhetorical worldviews of liberals and conservatives, discovering radically different but remarkably consistent conceptions of morality on both the left and right. For this new edition, Lakoff adds a preface and an afterword extending his observations to major ideological conflicts since the book's original publication, from the impeachment of Bill Clinton to the 2000 presidential election and its aftermath.

George Lakoff is a professor in the Department of Linguistics at the University of California, Berkeley. He is also the author of Women, Fire, and Dangerous Things and co-author of Metaphors We Live By and More than Cool Reason, all published by the University of Chicago Press-as well as co-author of Philosophy in the Flesh and Where Mathematics Comes From.
Loading...
or
Not Currently Available for Direct Purchase