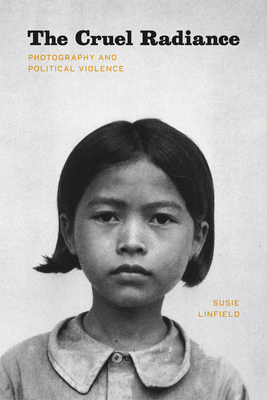 In The Cruel Radiance, Susie Linfield challenges the idea that photographs of political violence exploit their subjects and pander to the voyeuristic tendencies of their viewers. Instead she argues passionately that looking at such images—and learning to see the people in them—is an ethically and politically necessary act that connects us to our modern history of violence and probes the human capacity for cruelty. Grappling with critics from Walter Benjamin and Bertolt Brecht to Susan Sontag and the postmoderns—and analyzing photographs from such events as the Holocaust, China’s Cultural Revolution, and recent terrorist acts—Linfield explores the complex connection between photojournalism and the rise of human rights ideals. In the book’s concluding section, she examines the indispensable work of Robert Capa, James Nachtwey, and Gilles Peress and asks how photography should respond to the increasingly nihilistic trajectory of modern warfare.A bracing and unsettling book, The Cruel Radiance convincingly demonstrates that if we hope to alleviate political violence, we must first truly understand it—and to do that, we must begin to look.

Praise For The Cruel Radiance: Photography and Political Violence…

“It’s not enough to say that Susie Linfield looks at photography with fresh eyes. Throughout this book—for me, most powerfully when she takes on Nazi extermination camp photographs—she sees with a mind unintimidated by fashion, shibboleths, attitude, cliche. She sees behind the pictures she looks at, to their motives, fears, ambitions, and lies. She writes through them.”
— Greil Marcus

“A profoundly thoughtful account of the role of photojournalism in an irremediably violent world, Linfield’s book is as much about conscience and empathy as it is about photography. Examining images from the Spanish Civil War to Rwanda, she accepts no easy, sweeping answers. Rather, with vivid common sense and with painstaking, often abashed humanity, she guides us through the moral minefield where horror meets art, and helps us to see.”—Claudia Roth Pierpont

“This is a magnificent book. Susie Linfield has a good eye for the photographs and a good head for the politics. And she has the moral strength to look at these images of mutilation, death, and destruction, explain their value, and demand that we look at them, too.”

“The Cruel Radiance is a brilliant, lucid, and incisive exploration of photography and political violence. It looks deeply and unsparingly at how photographers have pictured war, genocide, and atrocities, and in so doing illuminates photography’s democratic promise. By making the world present to us even when we want to look away, photographs have the potential to make us think and question together, to draw us into a community of witnesses.”

— Kiku Adatto, author of Picture Perfect: Life in the Age of the Photo Op

"A somber, heartfelt plea for readers to see the truth and acknowledge and understand the consequences of humans' potential for inhumanity. This should be required reading for students of journalism and political science and general readers with an interest in human-rights activism."

“Linfield’s great achievement is more than to shake up the orthodoxy that says, ‘Look away!’ It’s a call to arms, an incitement to look closely at the world via the medium of photography, and, implicitly, to do something about it.”

"At its best, the passionate intensity and intellectual rigour of Linfield's writing may convince you that looking away, or not looking at all, is not an option. To make sense of a violent world we must, she contends, 'look at, and look into, what James Agee called "the cruel radiance of what is." ' Whatever the cost."
— Guardian (UK)

"Susie Linfield has written a brave and unsettling book . . . and she creates a calculus for a new kind of photography criticism--one that respects photography rather than distrusts it, derives its power from intellect and feeling."
— Bookforum

"To look at a photograph entails a peculiar kind of participation: distanced in time and space, and severely limited in regard to the context leading to and consequences stemming from the moment fixed on film, yet often viscerally affecting. . . . Susie Linfield writes forcefully about this predicament. In The Cruel Radiance her eye for the unplanned, wounding photographic detail that Roland Barthes called the punctum is acute, and her empathic intelligence shines."
— The Nation

"The Cruel Radiance is a beautifully considered and unabashedly impassioned plea for the continuing moral relevance of photojournalism. . . . Linfield offers a defense of photojournalism that honors the photographers without turning them into saints or their work into sacred icons."
— Jed Perl

"While images of violence and human degradation should never be easy to consume, this book contends that their wordless stories demand the kind of imagination, interpretation and thought that brings the wider world closer to our doors. As such it offers a timely analysis that is itself challenging, unflinching and, for the most part, generous in its aims."
— The National

"The Cruel Radiance is a treatise on moral witness and empathic leaps: a book of brief lives--grief lives--on both sides of the camera. . . . For Linfield, criticism is a high calling. There is a scrupulous attentiveness to her looking-in and arguing-out.. . . As criticism, The Cruel Radiance is a work of deep distinction. It will surely become part of the history of its field."
— Alex Danchev

"After years of intellectual stagnation in the field of photography criticism, The Cruel Radiance offers a stimulating, lively discussion and successfully repositions documentary photography in its rightful place, highlighting its decisive impact on how we come to understand the world. For restoring documentary photography's lost dignity, Susie Linfield deserves the thanks of photographers who still believe in the power of their craft."
— Haaretz

“Outstanding. . . . Help[s] us comprehend the world, and possibly act to change it, strongly defending the role that humanitarian communication continues to play in sustaining a public ethos of solidarity with vulnerable others beyond the West.”

Susie Linfield is associate professor of journalism at New York University, where she directs the Cultural Reporting and Criticism program. She has been an editor for American Film, the Village Voice, and the WashingtonPost and has written for a wide range of publications, including the Los AngelesTimes Book Review, New York Times, Bookforum, Rolling Stone, and the Nation.
Loading...
or
Not Currently Available for Direct Purchase