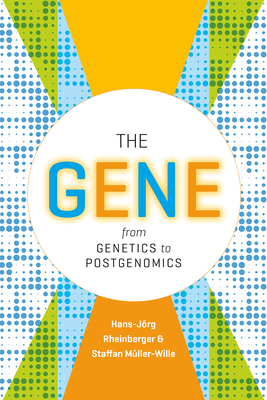 From Genetics to Postgenomics

Few concepts played a more important role in twentieth-century life sciences than that of the gene. Yet at this moment, the field of genetics is undergoing radical conceptual transformation, and some scientists are questioning the very usefulness of the concept of the gene, arguing instead for more systemic perspectives.

The time could not be better, therefore, for Hans-Jörg Rheinberger and Staffan Müller-Wille's magisterial history of the concept of the gene. Though the gene has long been the central organizing theme of biology, both conceptually and as an object of study, Rheinberger and Müller-Wille conclude that we have never even had a universally accepted, stable definition of it. Rather, the concept has been in continual flux—a state that, they contend, is typical of historically important and productive scientific concepts. It is that very openness to change and manipulation, the authors argue, that made it so useful: its very mutability enabled it to be useful while the technologies and approaches used to study and theorize about it changed dramatically.

Praise For The Gene: From Genetics to Postgenomics…

"This volume takes readers on a logical progression revealing the evolution of a concept. The authors write at a level that is both understandable to someone outside of the field of genetics and also carries academic weight. They combine a wide-ranging history of genetics with a much more substantial evaluation of our current perspective on the gene."
— Quarterly Review of Biology

"This slim volume of 147 pages presents a broad historical overview and a tentative diagnosis of the present perplexing situation. . . . As in most other recent analyses of the history of genetics, much attention is paid to Wilhelm Johannsen, in particular his introduction of the term 'gene' and his theory of genotypes. . . . Perhaps this is a road sign for future work in history of genetics, work that will balance the interest in experimentation with attention to the role of traditional natural history, taxonomy, and systematics in creating the fundamental concepts of genetics—that is, Johannsen's concept of the genotype."
— Isis

"Much ink has been spilled about the gene concept, do we really need more? After reading this book, by Rheinberger and Müller-Willie, the answer is 'yes.' This book covers all you need to know about the gene concept in a very precise and concise way. Their aim is to help us to better understand the changing role of the gene concept by tracking its history. . . . Almost like in a detective history, readers are moved forward, chapter by chapter, by the scientific questions that seek answers. The authors have made an insightful interpretation of the different paths through which the gene concept has traveled during history, which cannot be done without a genuinely vast knowledge of the subject."
— Science & Education

"It is hard to imagine a pair of scholars better qualified to synthesize and reflect on the findings of the large interdisciplinary literature on the history, meaning, and import of concepts of the gene. . . . Historians of science and others with some knowledge of the subject will be delighted both with just how much content the authors have managed to  compress into such a small package and by the cogency and elegance of their arguments. . . . This is a brilliant book, one brimming with interesting observations and provocative but always thoughtful arguments. The authors’ deep familiarity with both the relevant science and its history is reflected in a refreshing ease and simplicity of expression. Anyone interested in making sense of the gene concept, past and present, and of the concept’s robustness in the face of sustained and powerful criticism, would do well to read it."
— American Historical Review

"The Gene is an erudite and elegant history of a (perhaps the) central concept of twentieth century biology. Rheinberger and Müller-Wille show that the gene’s success lay in its plasticity in different experimental registers and its pluralism in connecting divergent theories and scientists. This book is now the definitive synthesis and point of departure for new scholarship."
— Angela N. H. Creager, Princeton University

"Rheinberger and Müller-Wille's insightful historical exploration of the many and changing meanings of the gene concept brings much needed clarification to the ongoing debate about the continuing usefulness of the term."
— Soraya de Chadarevian, UCLA

“As authors of the definitive history of heredity, Hans-Jörg Rheinberger and Staffan Müller-Wille’s account of the gene has been eagerly awaited. It will not disappoint. For anyone who wants to understand the various subtly intertwined meanings of the word ‘gene’ and where these came from, this is the book to read.”
— John Dupré, University of Exeter

Hans-Jörg Rheinberger is director emeritus at the Max Planck Institute for the History of Science in Berlin.