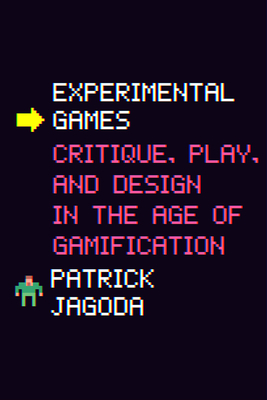 Critique, Play, and Design in the Age of Gamification

In our unprecedentedly networked world, games have come to occupy an important space in many of our everyday lives. Digital games alone engage an estimated 2.5 billion people worldwide as of 2020, and other forms of gaming, such as board games, role playing, escape rooms, and puzzles, command an ever-expanding audience. At the same time, “gamification”—the application of game mechanics to traditionally nongame spheres, such as personal health and fitness, shopping, habit tracking, and more—has imposed unprecedented levels of competition, repetition, and quantification on daily life.

Drawing from his own experience as a game designer, Patrick Jagoda argues that games need not be synonymous with gamification. He studies experimental games that intervene in the neoliberal project from the inside out, examining a broad variety of mainstream and independent games, including StarCraft, Candy Crush Saga, Stardew Valley, Dys4ia, Braid, and Undertale. Beyond a diagnosis of gamification, Jagoda imagines ways that games can be experimental—not only in the sense of problem solving, but also the more nuanced notion of problem making that embraces the complexities of our digital present. The result is a game-changing book on the sociopolitical potential of this form of mass entertainment.


Praise For Experimental Games: Critique, Play, and Design in the Age of Gamification…

"Jagoda’s lengthy history of game theory, neoliberalism, and the evolution of the video game form results in a kind of conundrum: if video games arise out of an alienating neoliberal logic, how can they also serve as a method of critique and experimentation? It’s here that Jagoda produces some of his most dazzling and thoughtful analyses of the ways in which games can work on us, and in which we can reciprocally work on games."
— Andrew Fleshman

“Jagoda's Experimental Games is a thorough, insightful elaboration of an art-critical practice that he describes as a 'joyful study' of digital games in the twenty-first century. . . . Jagoda convincingly makes the case for games as inside agents in our historical present, offering alternative pathways to the stifling control and abject precarity of contemporary life.”
— Eric Stein

“Experimental art is obsessed with unfamiliarity of form and execution. For the most part, that’s also how game designers have envisioned ‘experimental games.’ Jagoda offers an ingenious new interpretation: What if games could become native hosts for experimentation the way scientific experiment does—posing questions about the world through games—rather than using them as aesthetic objects or instruments alone?”
— Ian Bogost, Georgia Institute of Technology

“Experimental Games brings together three primary areas of thinking: economics, affect theory, and game studies. Jagoda successfully argues that games in general, but primarily digital video games, ought to be considered as experimental objects and processes in their own right, relevant but not beholden to the usual discourses on the value of trial and error. This is original, nuanced, and well-researched work, noteworthy in its ability to join social science, art, and the humanities in an equally weighted conversation.”
— Alenda Y. Chang, University of California, Santa Barbara

“Do we have a right to play? How about a right to fail? In this extensive meditation on the art of games, Jagoda shows how games are intricately intertwined with the logic of neoliberalism and the gamification of everyday life. From Starcraft to Dys4ia by way of Dwarf Fortress, Jagoda toys with a rich spectrum of games, paying particular attention to indie games and art games. What if the point of a game is not so much problem solving, but problem making?
— Alexander R. Galloway, author of Gaming: Essays on Algorithmic Culture