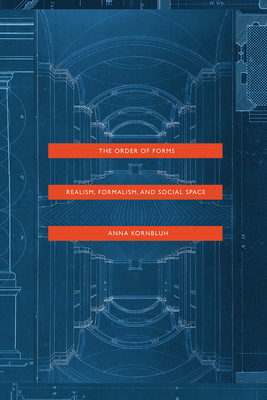 The Order of Forms

In literary studies today, debates about the purpose of literary criticism and about the place of formalism within it continue to simmer across periods and approaches. Anna Kornbluh contributes to—and substantially shifts—that conversation in The Order of Forms by offering an exciting new category, political formalism, which she articulates through the co-emergence of aesthetic and mathematical formalisms in the nineteenth century. Within this framework, criticism can be understood as more affirmative and constructive, articulating commitments to aesthetic expression and social collectivity.

Kornbluh offers a powerful argument that political formalism, by valuing forms of sociability like the city and the state in and of themselves, provides a better understanding of literary form and its political possibilities than approaches that view form as a constraint. To make this argument, she takes up the case of literary realism, showing how novels by Dickens, Brontë, Hardy, and Carroll engage mathematical formalism as part of their political imagining. Realism, she shows, is best understood as an exercise in social modeling—more like formalist mathematics than social documentation. By modeling society, the realist novel focuses on what it considers the most elementary features of social relations and generates unique political insights. Proposing both this new theory of realism and the idea of political formalism, this inspired, eye-opening book will have far-reaching implications in literary studies.

Praise For The Order of Forms: Realism, Formalism, and Social Space…

“The Order of Forms offers a probing, ambitious, and innovative argument with far-reaching implications across fields. Kornbluh turns away from dominant particularist and historicist methods in literary and cultural studies and gives shape to a stimulating new set of strategies for thinking the political in the humanities and beyond. That she is capable of bringing together psychoanalysis, Marxism, literary formalism, and mathematics makes this a virtuoso work of theory.”
— Caroline Levine, Cornell University

“The Order of Forms is one of the most exciting books I’ve read in several decades. Staging the convergence of discourses that, however historically contemporaneous, have never been rigorously linked together, Kornbluh generates a series of provocative and convincing arguments about literature, criticism, and the agency of form. Her approach makes her a theoretical singularity.”
— Sianne Ngai, University of Chicago

“Kornbluh anchors her brilliant and challenging book in the 19th-century realist novel but goes well beyond those confines to argue forcefully for the political dynamism and durability of forms and formalisms in our time. . . . In its formidable push toward abstraction, its utopian striving for collectivity, and its insistence on building new futures rather than dwelling in the past, The Order of Forms often feels like a study of 19th-century culture in high-modernist mode.”

“In [Kornbluh’s] dazzling book, formalist mathematics crystallises what forms can do, introducing new ways of organising thought and relationships. . . . Thinking about the co-emergence of aesthetic and mathematical formalisms in the 19th century alongside 21st-century psychoanalysis and Marxism, Kornbluh boldly gives shape to a new set of strategies for thinking politically in the humanities.”
— Times Higher Education

Anna Kornbluh is associate professor of English at the University of Illinois at Chicago. She is the author of Realizing Capital: Financial and Psychic Economies in Victorian Realist Form and Marxist Film Theory and "Fight Club".