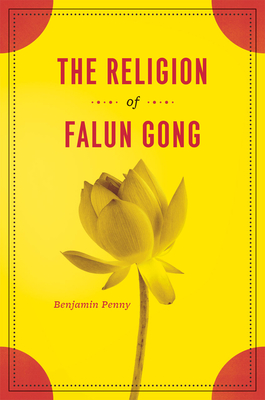 The Religion of Falun Gong

In July 1999, a mere seven years after the founding of the religious movement known as the Falun Gong, the Chinese government banned it. Falun Gong is still active in other countries, and its suppression has become a primary concern of human rights activists and is regularly discussed in dealings between the Chinese government and its Western counterparts. But while much has been written on Falun Gong’s relation to political issues, no one has analyzed in depth what its practitioners actually believe and do.

The Religion of Falun Gong remedies that omission, providing the first serious examination of Falun Gong teachings. Benjamin Penny argues that in order to understand Falun Gong, one must grasp the beliefs, practices, and texts of the movement and its founder, Li Hongzhi. Contextualizing Li’s ideas in terms of the centuries-long Chinese tradition of self-cultivation and the cultural world of 1980s and ’90s China—particularly the upwelling of biospiritual activity and the influx of translated works from the Western New Age movement—Penny shows how both have influenced Li’s writings and his broader view of the cosmos. An illuminating look at this controversial movement, The Religion of Falun Gong opens a revealing window into the nature and future of contemporary China.

Praise For The Religion of Falun Gong…

“This is a very lucid and readable work of mature scholarship that brings our understanding of Falun Gong to a completely new level. While Benjamin Penny does not downplay the movement’s political significance, he describes for the first time the religious coherence provided by its reliance on textual materials, including internet materials, and carefully explicating the meanings of those texts by reference to both the Chinese tradition and contemporary global culture. Penny thereby makes clear the distinctiveness of Falun Gong as never before, equipping the reader to follow its future history with a far greater appreciation of how it has evolved in the past. However that history unfolds, anyone interested in China or in religion today should read this book.”

“The Religion of Falun Gong is a rare book—it is about a new religious movement, but written with the erudition of a specialist in China’s classical language and religious history. It is also attuned to contemporary Chinese realities and draws on Penny’s own experience in China and with Falun Gong practitioners. Polished and accessible, this enjoyable read is one of the best books available on Falun Gong.”

— David Palmer, coauthor of The Religious Question in Modern China

“Benjamin Penny’s new study presents a highly persuasive case for considering Falun Gong as a religion by examining all its defining features represented in both traditional and contemporary media: history; charismatic personality; doctrinal and informational texts (disseminated in print and electronic format); foundational teachings and continual development; individual and group cultivation; and evolving organizational structures. The systematic treatment, seasoned with judicious comparison with other religions, makes clear the movement’s grounding in certain diction and symbols of historical Buddho-Daoist traditions, selective conceptual idioms and techniques of pneumatic calisthenics (qigong), and the innovative rhetoric of its own. It is a timely and valuable contribution to help us understand China’s new and changing religious landscape.”

“The strength of this volume is its approach. Falun Gong has been seen primarily as a political movement. . . This study emphasizes the history, beliefs, teachings, and practice of this emerging tradition. Further, it takes the crucial step of contextualizing this new tradition in terms of Chinese religions generally. . . . Highly recommended.”
— Choice

“Benjamin Penny . . . makes a good case for defining Falun Gong as a modern Chinese religion. . . . [He] provides an admirable guide to the short history of Falun Gong and the eclectic complexities of its doctrine, which he sets within the framework of indigenous religious belief over the centuries.”
— Simon Scott, Times Literary Supplement

“Benjamin Penny’s terrific new book, The Religion of the Falun Gong, explores dimensions of Falun Gong that previously have been obscured, ignored, or insufficiently engaged. The result, building on previous scholarship and a mountain of primary source materials, is a considerably amplified and multidimensional view of a very important phenomenon in recent Chinese history.”
— Journal of Asian Studies

“This book presents us for the first time with a substantial treatment of the Falun Gong as a religious culture, rather than as a persecuted religious group. Benjamin Penny does so in eminently readable prose.”
— Bulletin of the School of Oriental and African Studies

"Provides the most systematic and comprehensive scholarly treatment of Falun Gong’s teachings to date. . . . This study will enhance our understanding of Chinese religions, and also help to illuminate the nature of religions in general."
— Nova Religio

Benjamin Penny is deputy director of the Australian Centre on China in the World in the College of Asia and the Pacific at the Australian National University.