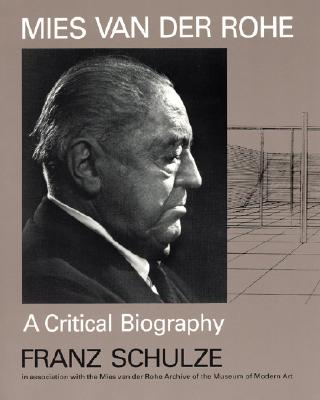 "Mies van der Rohe: A Critical Biography" is a major rewriting and expansion of Franz Schulze's acclaimed 1985 biography, the first full treatment of the master German-American modern architect. Coauthored with architect Edward Windhorst, this revised edition, three times the length of the original text, features extensive new research and commentary and draws on the best recent work of American and German scholars. The authors major new discoveries include the massive transcript of the early-1950s Farnsworth House court case, which discloses for the first time the facts about Mies's epic battle with his client Edith Farnsworth. Giving voice to dozens of architects who knew and worked with (and sometimes against) Mies, this comprehensive biography tells the compelling story of how Mies and his students and followers created some of the most significant buildings of the twentieth century.
Franz Schulze's 1985 biography of Ludwig Mies van der Rohe has always been acknowledged as the most comprehensive and thoughtful biography of one of the key figures in twentieth-century architecture. This revised edition with significant new scholarship by its two authors will undoubtedly come to occupy the same position. Dietrich Neumann, Brown University.