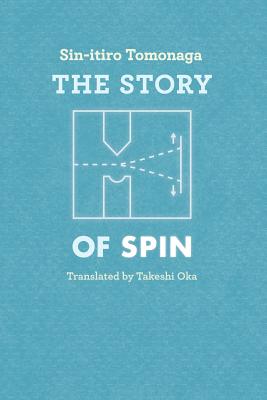 The Story of Spin

All atomic particles have a particular "spin," analogous to the earth's rotation on its axis. The quantum mechanical reality underlying spin is complex and still poorly understood. Sin-itiro Tomonaga's The Story of Spin remains the most complete and accessible treatment of spin, and is now available in English translation. Tomonaga tells the tale of the pioneers of physics and their difficult journey toward an understanding of the nature of spin and its relationship to statistics. His clear unfolding of the tale of spin is invaluable to students of physics, chemistry, and astronomy, and his description of the historical development of spin will interest historians and philosophers of science.

"This piece of the history of physics will provide excellent and exciting reading. . . . It also provides the personal touch of an expert in the field that is so often lacking in the physics literature. I recommend it very highly."—Fritz Rohrlich, Physics Today

Sin-itiro Tomonaga was awarded the Nobel Prize for Physics in 1965.

Sin-Itiro Tomonaga (1906–1979) was a Japanese physicist whose influential work in the development of quantum electrodynamics earned him the 1965 Nobel Prize in Physics jointly with Richard Feynman and Julian Schwinger.
Loading...
or support indie stores by buying on