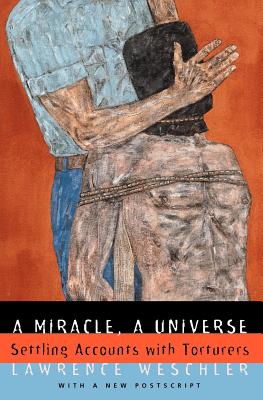 A Miracle, A Universe

During the past fifteen years, one of the most vexing issues facing fledgling transitional democracies around the world—from South Africa to Eastern Europe, from Cambodia to Bosnia—has been what to do about the still-toxic security apparatuses left over from the previous regime. In this now-classic and profoundly influential study, the New Yorker's Lawrence Weschler probes these dilemmas across two gripping narratives (set in Brazil and Uruguay, among the first places to face such concerns), true-life thrillers in which torture victims, faced with the paralysis of the new regime, themselves band together to settle accounts with their former tormentors.

A widely honored journalist, Lawrence Weschler is the director of the New York Institute for the Humanities at New York University. He is the author of twelve books, including Mr. Wilson’s Cabinet of Wonder, Vermeer in Bosnia, and, most recently, Everything That Rises: A Book of Convergences.
Loading...
or support indie stores by buying on